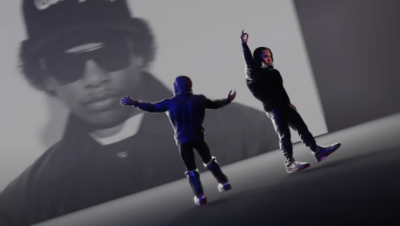 In the newly released CGI visual, the two rappers are centered in various scenes including a courtroom, a church, a tattoo parlor, the Donda 2 listening event, and in front of a projected screen with the late Eazy-E. It also includes a group of skinned monkeys, where one of them attacks a figure who resembles Kim Kardashian’s boyfriend, Pete Davidson.