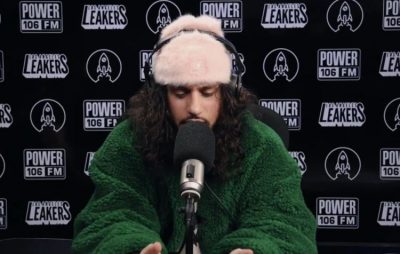 Russ’ LA Leakers Freestyles: American rapper, singer, and songwriter Russ is fresh off the release of his new project CHOMP 2 which is getting several amazing reactions from fans.

The standout rap album features Big Sean, Wale, Joey Bada$$, Ransom, Jadakiss, Big K.R.I.T., Snoop Dogg, and several others. On the production side, we have Boi-1da, Jake One, DJ Premier, Hit-Boy, and many more apart from Russ himself doing a couple of the beats.

To carry the momentum, the Atlanta-based rapper, singer and producer have made a stop on the LA Leakers show for a freestyle session. He goes crazy with the bars over Outkast’s ‘Aquemini‘ instrumental — watch it below;