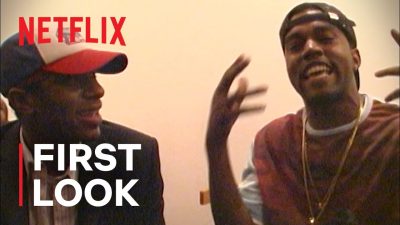 jeen-yuhs has been in the making for 21 years and was helmed by Clarence “Coodie” Simmons and Chike Ozah (aka Coodie & Chike), longtime collaborators of Kanye’s. It will feature previously unreleased footage of the rap mogul. The film was set to premiere at the 2022 Sundance Film Festival later this month but the in-person event has now been canceled due to the rise of Omicron. It will now be held virtually.

“Filmmakers Coodie and Chike have created an extraordinary film and we’re honored that they have trusted TIME Studios to produce jeen-yuhs: A Kanye Trilogy,” TIME Studios President Ian Orefice said in a press release shared Monday. “We’re excited to partner with Iconic Events Releasing to give the world a chance to first experience the once-in-a-generation storytelling in theaters.”

Netflix has also issued a new trailer for the documentary that you can watch below;