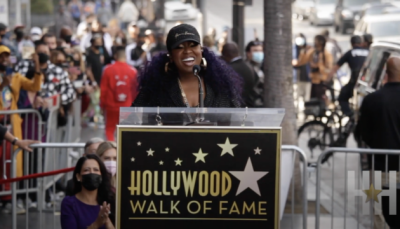 On Monday (November the 8th), Missy received her star at the new location of Amoeba Music on Hollywood Boulevard, where she was joined by Ciara, Lizzo, and manager Mona Scott-Young. The 50-year-old hitmaker gave a heartfelt speech during the ceremony where she reflected on her iconic career and thanked her fellow peers including Timbaland and her fellow “sisters in hip-hop,” including Queen Latifah, Roxanne Shante, MC Lyte, and more.

Missy Elliott now become the 2,708th star since the completion of the Walk of Fame in 1961. She joins her fellow peers including 50 Cent, Snoop Dogg, Ice Cube, LL Cool J, Pharrell, and more.