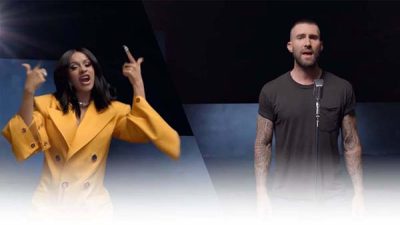 Maroon 5 ‘Girls Like You’ Goes Diamond & Cardi B Becomes First Female Rapper with 2 Diamond Singles: American rapper Cardi B has achieved what no other female rapper in the world has done. She now has two Diamond singles to her name.

Today, Maroon 5’s hit single ‘Girls Like You’ from their 2017 album Red Pill Blues has been certified Diamond for moving more than 10 million copies in the U.S. That makes Cardi the only female rapper with two Diamond plaques as she already had one with ‘Bodak Yellow’ which was certified in March this year.

‘Girls Like You’ was originally only a Maroon 5 record but they included Cardi on the single version when the album was re-released in May 2018. 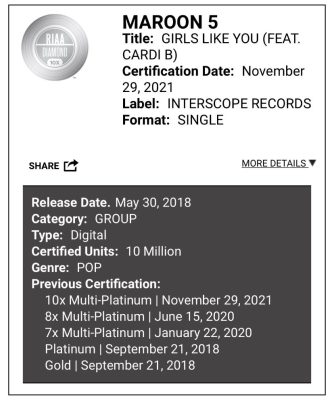 When ‘Bodak Yellow’ was certified Diamond for moving 10 million copies, Cardi had become the first female emcee with the highest plaque to her credit. Congrats to Cardi and her team.