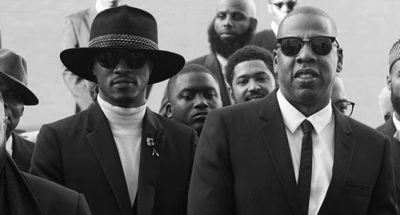 Future Says He’s Bigger Than Jay-Z in The Streets

Future Says He’s Bigger Than Jay-Z in The Streets: On Friday night, Future chose to get back to Twitter and direct a few sentiments toward raising a ruckus.

In one of the tweets, the Atlanta star said that he’s “bigger than Jigga” in the streets, which means he’s bigger “than Jay-Z” in the streets. Obviously, fans had all sorts of responses to the tweet with some expression it’s precise while others savaging him for pursuing clout with it.

In the streets im bigger then jigga. Ima run me a B up easy.

Soon after, he also let a couple of other tweets go including one where he said his Christmas goal is to get “everything they want.”

What’s on your Xmas list?? Mines getting everything they want

Future and Hov haven’t had the smoothest of relationships. On the song ‘Kill Jay-Z‘ from the album 4:44, Jay fired alleged shots at Future with the lyric, “in the Future other n*ggas playing football with your son” which was a reference to the ATL rapper since Russell Willson, the American Footballer, has become a father figure to Future and his ex Ciara’s son, Future Jr.

Future had later addressed the line. He said that when he had a conversation with Jay-Z, he was sort of copping pleas, saying things like ‘I didn’t say that, I didn’t mean it like that. Future added,