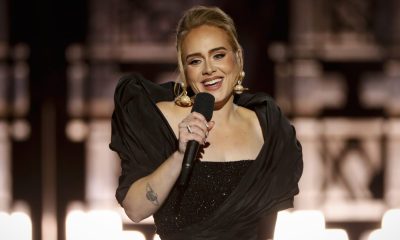 Adele’s 30 Album is Breaking US Records

Adele’s 30 Album is Breaking US Records: English singer-songwriter Adele, released a new album ‘30‘ on the 19th day of November 2021, and just after three days, it became the top-selling album in the US.

The ‘Easy On Me’ singer, has broken the record held by Taylor Swift‘s ‘evermore‘ – which sold 462,000 copies in the first week – by selling more than 500,000 copies of her new LP in the first few days of release.

According to Billboard, stats from MRC Data revealed the new album – which contains songs such as ‘I Drink Wine’ and ‘My Little Love’ – takes the title of this year’s biggest individual week of sales, beating the record set by Taylor’s re-released version of ‘Red’, ‘Red (Taylor’s Version)’, which dropped on 12 November and sold 396,000 copies by the week ending November 18.

When taking into account streaming figures, the total volume of Adele’s new album sold has hit more than 575,000 copies, according to the first drop of numbers, and the figure will be confirmed on Thursday (25.11.21).

Adele’s promotion of her album has led her to do two television specials – one on CBS, which featured a performance and a heartfelt interview with Oprah Winfrey, airing on November 14 in the US, and another on ITV in the UK, with the star answering questions from the star-studded crowd.

The latter, titled ‘An Audience with Adele’, featured a host of famous faces in the audience, such as her good pal and comedian Alan Carr.