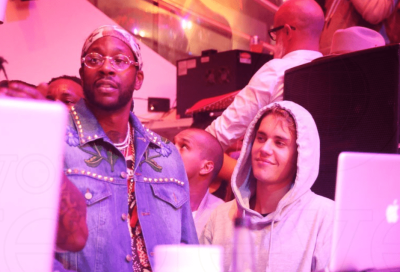 2 Chainz Announces New Track with Justin Bieber: American rapper 2 Chainz has a lot of new music coming. He recently released his Dope Don’t Sell Itself album which was quite impressive, even though it did not perform that well commercially. The Atlanta rapper is the latest guest on the Drink Champs podcast, a preview of which has been released today.

In the clip, 2 Chainz reveals that he’s dropping a deluxe version of the album soon which will feature 5 additional songs. One of them will be a single with Canadian superstar Justin Bieber that he’s quite excited about. As previously announced, he is also readying the Collegrove 2 project with Lil Wayne, the sequel to the original since 2016.

Another project that he has almost done is with Statik Selektah which has also been mentioned by him in the past but an apparent delay has happened. Hopefully, it will see the light of day very soon.