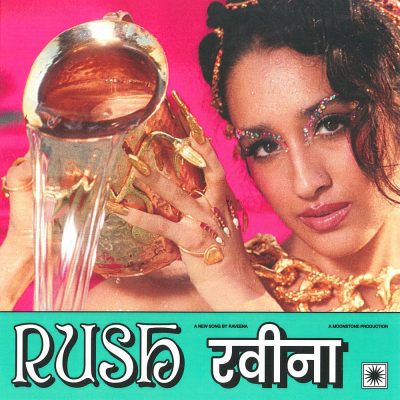 In the new single she combines Indian drums inspired by her roots with R&B/Pop elements. The Sikh-American co-directed the accompanying colorful visual with Munachi Osegbu.

“I wrote ‘Rush’ a couple years back and the song was the genesis of me exploring a more intense marriage between Bollywood sounds and the pop/R&B music that I grew up on in America,” she says about tune. “The song and video are centered around a character I created named Asha, a Punjabi space princess who is transported to a distant planet and learns highly advanced spiritual intelligence from the beings that live there. In the video that I co-directed with Munachi, I wanted to create a campy ode to the colorful 80’s Bollywood movies and 70’s Western sci fi movies that I’m obsessed with, complete with a choreographed dance sequence alongside Asha’s alien friends.”